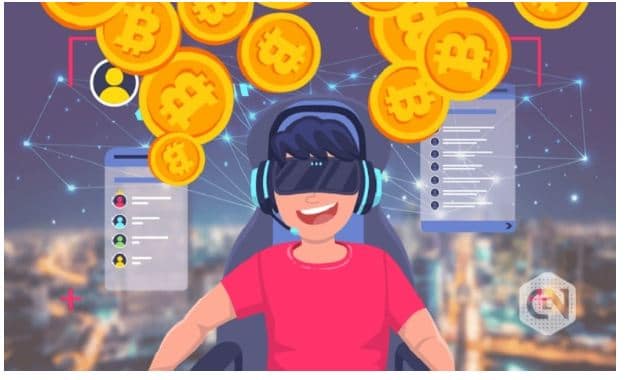 The Involvement of Bitcoin in Gaming Industry

Introduction:-The application of cryptocurrency in blockchain technology is finding favor among different customer groups across the globe. In addition to commerce and technology businesses, the gaming industry is also betting big on these new digital technologies. According to one estimate, the revenue from the betting industry is expected to reach $635 million by the end of 2022, which means the industry is estimated to have a growth rate of around 6%. Some of the other encouraging factors fuelling the growth of the gaming industry include increasingly liberalizing government policies, high earning potential of the gaming segment, and wider adoption of gaming by people across the globe.

During a long financial abysmal until 2008, people across the globe had lost faith in banks. Several global old banks were bankrupted due to financial frauds, and ultimately, $800 billion funds were pumped in by governments to accelerate the world economic crisis. Again frauds happened, and people got vogue about the future of fiat currencies and the centralized institutions. The rise of Bitcoin around 2008 ignited hopes to change these circumstances.

Satoshi Nakamoto invented Bitcoin in 2008 and made a revolution. Blockchain-based Bitcoin, as the first decentralized currency, came in as a fresh hope and became a game-changer. Everyone was then more relieved that they could watch their assets and don’t need approval from third parties to transact and their anonymity was secured.

Due to their anonymity feature, they got space in the new arena of online
gambling, lotteries, gaming. The gambling industry got rejuvenated and Casinos were the new popular hub of economic activities.

Along with the reasons mentioned above, the adoption of cryptocurrencies,
especially Bitcoin, is significantly fuelling the growth of the online gaming
industry. Cryptocurrencies are decentralized in nature which means they are not controlled by any government or federal agency. Further, the currency is universally accessible and unlike the other fiat currencies, there are no time, place, and space limitations attached to these coins thanks to their digital nature.

This universal accessibility is a very important factor for the online gaming
industry as people can participate from any part of the world. The use of digital money is also profitable as there is no transactional charge involved in the process, translating into more savings. Bitcoin transactions, unlike the payments processed by banks and financial institutions, will not involve the processing charge. This means along with universal access, both gaming companies and gamers will be benefited from this cost-saving.

Apart from operating in traditional currencies like USD, casinos began functioning with Bitcoin. Some of them added Bitcoins in their regular currency operations, whereas some of them exclusively started transacting only in Bitcoin.

Gradually, Bitcoin became tremendously popular in the Online Gambling industry and reached on top among other cryptocurrencies. Though the casinos are subjected to the particular laws of their native countries or geographical regions, they largely offer a wide array of options to gamble in Bitcoin. Gamblers can explore gambling options via money-based games in Bitcoin currencies in various casinos and can transact globally. The gambling option ranges from gambling games, casino games, sports-based betting, online lotteries, and spread betting.

Why Bitcoin Gambling is Popular?

Despite a roller-coaster journey over the years, Bitcoin gambling has never lost its luster and still is one of the most popular options among the gambling community.

The decentralized nature of Bitcoin transactions has attracted many gamblers to use them as many gambling sites spy the gamblers and collect their personal information secretly. The power of anonymity assures more security, more freedom, and less worry for frauds, which is achieved by using the Bitcoin wallets.

No limit for withdrawal

Ease and convenience of transactions

Bitcoin transactions are very fast and save time on online withdrawal, which is an essential part of online gaming and gambles. Cryptocurrencies have decentralized nature, which makes it easier for cross border transactions.
The online transfers and withdrawals take just a few minutes, unlike traditional transactions, which consume the entire week. It also offers more transparency and security in operations. Even Bitcoin to fiat currency transfer transaction is hassle-free and fast at most Bitcoin casinos due to their built-in banking interfaces.

Many Bitcoin casinos are available for online gambling, which caters to new users as well as the seasoned ones. They even offer convenience to the gamblers who belong to gambling forbidden countries. Moreover, they allow Bitcoin payment options and have more lucrative winning options for the gamblers. Gambling can be started instantly just by activating the Bitcoin wallet.

Due to its decentralized nature, Bitcoin transactions are untraceable and anonymous and thus cannot be unregulated. The casinos have no details of the gamblers except the email or login name. This creates challenges for financial authorities and governments at various levels.

The countries where casinos and gambling are illegal, pose challenges to the authorities to regularize, legalize, or control these operations.

Some online gambling platforms like Unibet have been providing a strictly safe and regulated environment as compared to other online casino sites.  Unibet provides an intriguing platform for sports betting, online casino,
bingo, and online poker. The platform has been consistently recognized for its excellent products and proactive approach to responsible gaming.
The digital nature of Bitcoin makes it vulnerable to hacking and financial fraud. Hackers penetrate bugs or phishes into the systems and security breaches happen.

All features of Bitcoin and blockchain technology mentioned above, such as
universal accessibility, no third-party involvement, and high safety and security are really going down well with online gamers. Sensing that these factors are highly relevant for players, more and more online game companies are incorporating the feature of cryptocurrency payment in their options list. It is a Win-Win situation for all the stakeholders involved and even governments realize that they can earn a handsome amount of tax revenue from legalizing the gaming industry. In sum, we are at the cusp of the online gaming revolution with both cryptocurrency and blockchain technology holding the baton for this change.

2 responses to “The Involvement of Bitcoin in Gaming Industry”