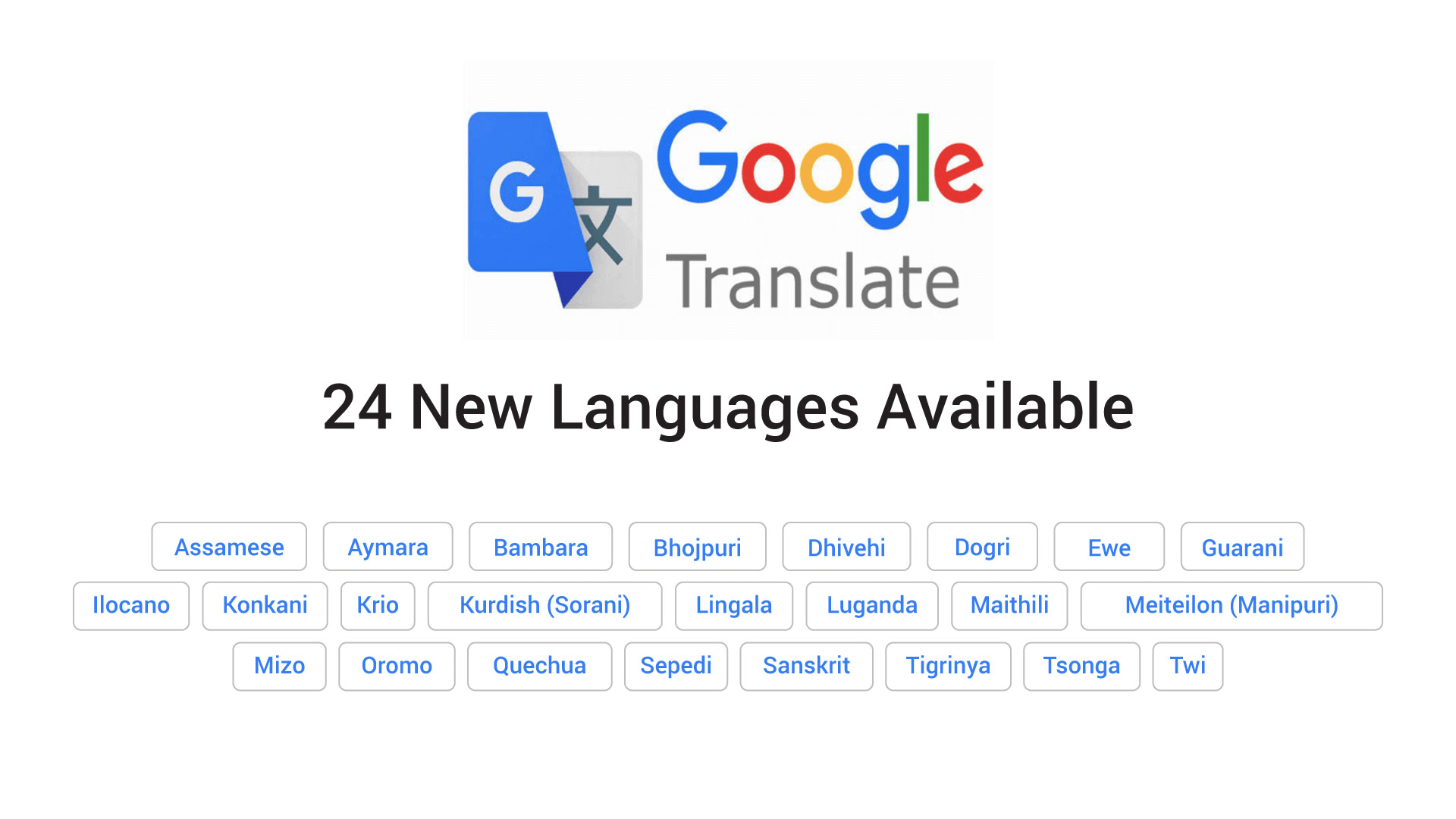 In this digitized world where everything is moving to automation. In this world where machines are now learning with the help of Artificial Intelligence, it is important to keep up with the pace.

As part of Google I/O 2022, the company has acknowledged its latest changes to Google Translate, which includes the addition of 24 new languages. These are not the most common languages ​​in the world, but some are used by millions of people worldwide. For example, the most widely spoken language is Bhojpuri, a language spoken in northern India, Nepal, and Fiji. According to the 2011 Indian population, the language is spoken by at least 51 million people.

According to a Google study, the most widely used language from this latest update is Sanskrit, used by about 20,000 people in India. These new languages ​​are the first company to add to the service using its Zero-Shot machine translation technology. It is a machine learning model that can learn to translate words into another language without seeing examples. Google did not share details of how this works, but the technology the company has been talking about since 2016.

When we talk about google, for years, Google Translate has helped break down language barriers and connect communities around the world. And we want to make this happen for more people – especially those whose languages ​​are not represented in many technologies. So Google added 24 languages ​​to Translate, now supporting a total of 133 languages ​​used worldwide.

More than 300 million people speak the newly added languages ​​- Mizo, which is spoken by about 800,000 people in northeastern India, and Lingala, which is spoken by more than 45 million people in Central Africa. As part of this review, Native American languages ​​(Quechua, Guarani and Aymara) and English (Sierra Leonean Krio) were also added to the vernacular for the first time.

Alongside the technology, Google has enlisted the help of native speakers and linguists to help refine the translations.  The languages are below, and the stats are from Google’s estimations of popularity worldwide.